There is no question that the Ford Falcon XY GTHO Phase 3 is the most iconic Australian muscle car ever made. Some examples have fetched prices in excess of 1 million dollars Australian […]

There is no question that the Ford Falcon XY GT-HO Phase 3 is the most iconic Australian muscle car ever made. Some examples have committed prices in excess of 1 million dollars Australian.

Our example “The Saint” was sold by Stillwell Ford in South Australia and it was sold to the dealer principal of St George Motors. This particular car has had a number of owners and a towbar was fitted with a passenger-side mirror in 1973 and the car was used to tow an Austin Healey to Melbourne. 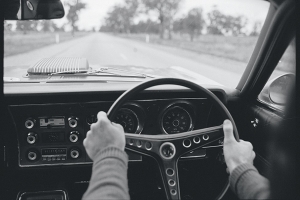 These cars were made famous not only by Bathurst victories but by the infamous photograph taken by Uwe Kuessner, the photographer at Wheels magazine at the time, of Mel Nichols Driving at 140 miles an hour just south of Wodonga down the Hume Highway.

Our car is not only a perfect example of the greatest performance car ever made locally by Ford, but it is also recognized by many as one of the best examples of an unrestored GT-HO Phase 3 in existence and considered a reference example.

Over Easter 2019 at the Falcon GT Nationals in Adelaide, the car was judged from over 300 other Falcons as:

Recently shown at Motorclassica in Melbourne